Curious about taking a remote role? Already working virtually but want to improve your success? Check out my latest blog on VentureFizz for some tips!

Whether you’re a new recruiter or seasoned, corporate or agency, these 4 practices are always a good reminder for creating a good candidate experience.

Being a job seeker again showed me the many ways the recruiting process has changed, for better and for worse. While looking for work, currently and in the past, I’ve worked with some fantastic recruiters who provided a great candidate experience from start to finish, but that is beginning to be far and few between. Unfortunately, bad experiences with recruiters have somehow become commonplace. Yet, these are the same recruiters who are wondering why they’re losing candidates right and left.

Don’t get me wrong, I’m not trying to sit on a high horse. During my talent acquisition career, I’ve definitely made some recruiter faux pas. But I learned from it and changed my approach. Some bad experiences with recruiters were obviously a one-off event, while others blatantly show that it’s an ingrained function. Perhaps they’re in an environment that promotes that sort of behavior. Maybe they were trained that way, or not trained at all. Or maybe they just don’t belong in a role that deals with people in this capacity. Regardless, here are some of the top reasons that make candidates not want to work with recruiters:

Taking a new job or changing a job is not as simple as buying a pack of gum. This is someone’s livelihood and it shouldn’t be taken lightly. Even if a candidate is in a very bad situation, such as being underemployed, unemployed or in a hostile work environment, that still doesn’t mean they are willing to jump at any opportunity. A candidate is looking for something better, whether that is better promotion opportunities, culture, salary, benefits, or what have you. The point is, they are taking special care to make sure they’re trading up, even if it’s a slight change. Therefore, let them have a moment to breathe and assess their options before making a decision. It can save a lot of time and headaches for all parties involved. If recruiters continue to give a negative candidate experience, they may not only lose a candidate for the current position they are recruiting for, but indefinitely.

* Note: I am not generalizing all recruiters, because there are plenty who are great at their jobs. This is merely a post to showcase why some candidates aren’t willing to work with ones who have these traits.

Losing an employee can have negative impacts on an organization, even if the separation was initiated by the employer. Despite terminating an employee for poor performance or something else unsavory, the cost of replacing them can add up. From recruiting costs, time and lack of productivity due to being short-staffed, employers need to consider all that goes into this. But what about voluntary turnover? How can this unexpected disruption in the company’s workforce make a difference?

Regardless of the situation, human resources professionals understand the importance of employee retention and are consistently considering ways to make their offerings, benefits and perks better to stay competitive and attractive to their employees and future hires. Offering things like free lunch, tuition reimbursement, bonuses/incentives, training and development or flexible work schedule have all been things companies incorporated into their offerings, but what happens if that’s not enough?

All of these things can cater to different employees’ needs, but truth be told, employers can’t always offer everything that matters to employees. As we discuss the importance of work/life balance, employees are consistently encouraged to take their vacation time but with a capped amount of paid time off, many employees have actually taken less time off despite having it. This could be due to various reasons, ranging from: stress from getting behind in work and/or coming back to a large workload; determining what’s worth taking time off for; or worries something important will come up after all paid time off (PTO) has been used. I know I’ve even been guilty of saving vacation time only to reach the end of the year and realize I have a ton of days left that will be lost. So what can employers do? Remove the limit.

Are these options feasible for every employer? Of course not. But in the pursuit to find retention initiatives, this should be considered. Employees can’t get everything they want out of life from their employer and may occasionally come to a crossroad between work and personal desires. Employers offering better PTO benefits might help mediate a person’s individual work/life balance needs.

I would like to thank you all for the support you’ve given me over the last two years. When I first started this blog, I never dreamed of the reach it could have and the opportunities it would present. As a blogger, I do believe in keeping a consistent schedule and putting out content that can teach others. As much as I like to strictly follow these rules, there are occasions where I just can’t keep it. This is one of those times.

For the last four years I’ve had the pleasure of living in Charleston, SC. It’s been quite a developmental experience for me as I ventured here on my own to learn how to grow up without the safety net of my family and friends close by. I’m thankful for the experiences I’ve had here but, as of late, I’ve felt the hunger for more and I knew that staying in Charleston wasn’t going to provide me with the things I needed to ensure my continued growth, learning and development.

Recently, an opportunity to move to Boston presented itself and within the next few days I’ll be making my way up north to start a new chapter of my life. Needless to say, it will be very busy over the next few weeks and rather than trying to keep my consistency and risk quality, I’ve decided to take a momentary pause in my blogging schedule.

Many blogs fall off the wayside if bloggers don’t make it a goal to keep a regular schedule, but I’ll assure you that this blog won’t fade away due to a brief hiatus. Once I’m settled in Boston, I’ll be sure to post regularly again. In the meantime, please excuse my break and thank you again for all of your positive support.

A strong and efficient onboarding process can make or break the engagement of your new employees. Unfortunately, the onboarding process is often overlooked. How can your company ensure it’s hitting all the key points of an effective onboarding program? Check out my recent blog post on WilsonHCG to find out more: What You Can Learn About Onboarding From the Sochi Olympics. 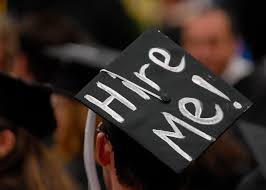 After listening to the #InternPro radio show the other evening, I couldn’t help but wonder if there were any college students taking notes. During this show, different Talent Acquisition Specialist and University Recruiters were able to provide some wonderful details in regard to internship and entry-level recruitment. Some of the tips and information were slightly surprising but honestly made sense. Being that I currently recruit for entry-level positions, I could confirm that I run into these issues regularly. More often than not, I hope that college students are taking the time to research the job markets that they will be entering soon. Also, I hope they are able to determine the things they need to do to make themselves an attractive candidate upon graduation.

It’s time to get real about your professional future:

College is apparently some of the best years of your life but don’t let your fun and socializing stop you from keeping your eye on the prize. You need to make sure that everything you do during those years are going to help you when you are ready to enter in the workforce, so keep these tips in mind.